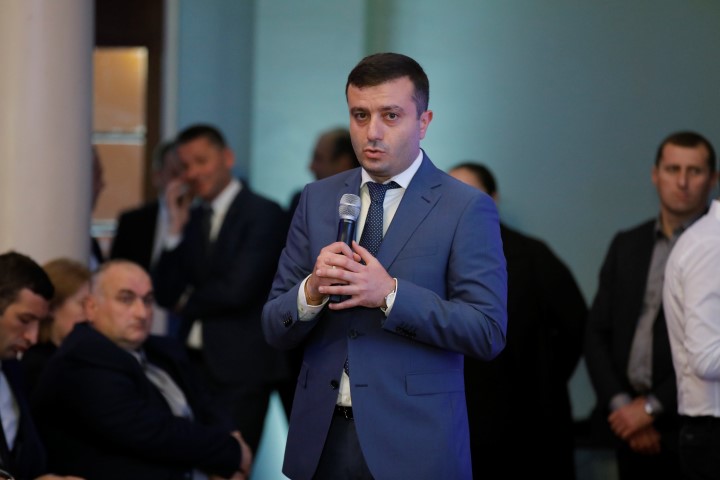 The fourth annual forum "Institutional Dialogue of State and Local Government" was held in Tskaltubo.    Giorgi Khojevanishvili,-the State-representative of Shida Kartli attended the forum. The State-representatives, the Mayors of self-governance towns and chiefs of the city councils, the representatives of central government, civil society and international organizations participated in the event.

The main challenges of developing of regional economy and local business were discussed at the forum.Giorgi Khojevanishvili spoke about the perspectives and chances of Shida Kaartli. And also focused on the issue of the importance of decentralization and independent disbursement of funds by the self-government. According to him, this will promote a quick and effective development of the municipality.

The State-representative also emphasized such important directions for the region  as agriculture and tourism.  Prime Minister Mamuka Bakhtadze focused on the project on decentralization strategy, economic potential of municipalities, implementation of infrastructural projects, education reforms and other important issues. The Institutional Dialogue Forum of the State and Local Authorities was founded in 2018 by the initiative of the Parliamentary Regional Policy and Self-Government Committee. It is a platform of a constructive dialogue  between the central and local authorities on self-development and decentralization issues and unites chairmen of elected municipalities and councils of 64 municipalities, regional governors and central government representatives.

The Projects Implemented in Shida Kartli Regional Administration in 2019 are Summarized
Ilia Begiashvili,-Deputy of the Minister of Regional Development and Infrastructure, Shida Kartli State...

Galaktion’s Lane was laid out in Gori
Near the slope of Gori fortress, where a memorial plaque of Galaktion Tabidze was opened...
IDP Families living in dilapidated buildings were given apartments in Khashuri
Ministry of Labor, Health and Social Affairs has distributed apartments to 14 IDP families who...