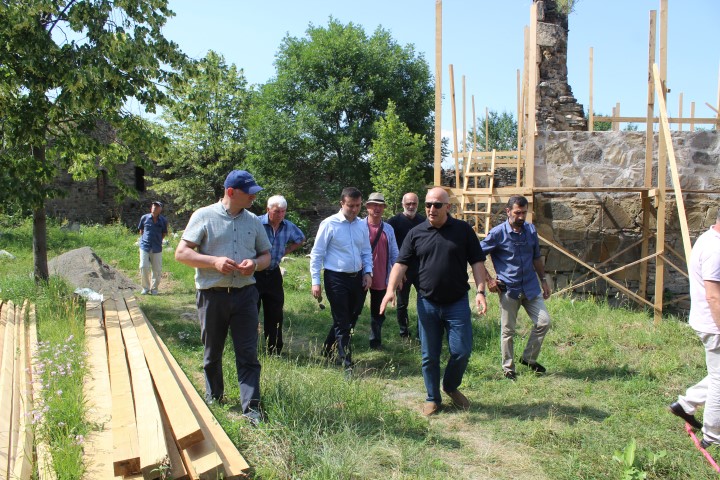 The first stage of the rehabilitation which must be continued until the end of the current year, includes the construction of constructive stability of the walls of the church which had been ruined  long ago, the removal of the land layer on the perimeter and the conservation and restoration of various architectural segments.    Physical works on the cultural heritage site will continue in the following years and will be completed until the completion of full rehabilitation of the church. A complete rehabilitation of the fence of the architectural complex is being planned after the restoration of the church. The rehabilitation process of the Main Archangel’s church which belongs to the developed Feudal epoch in the former village of the Varjaani,nearby the village of Gudaleti, has been finished the current year which was financed by the fund  ‘’Cartu’’ and organized by the National Agency for Cultural Heritage Preservation of Georgia. Restoration carried out in the church hall covered all the architectural segments of the cult building where with the factional stone constructions  were strengthened and restored by the established  rehabilitation methodology. The title roof design was renewed.

The current and implemented rehabilitation projects will promote  to create new housing conditions in the community that live in seasons and perspectives of establishment of permanent  residents in former villages of Kaspi.