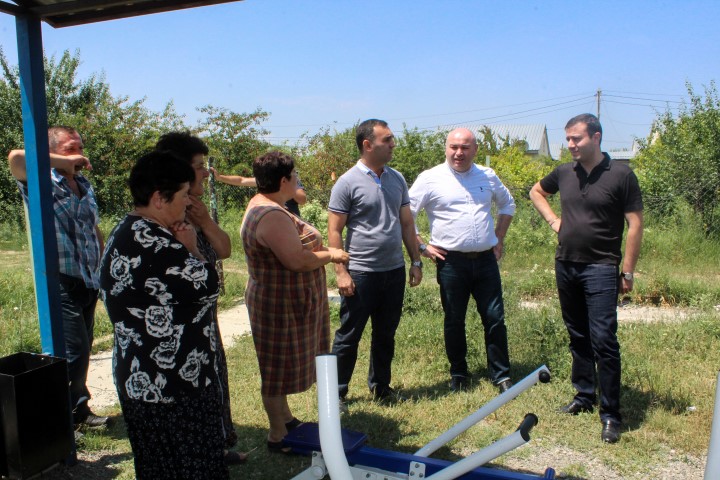 Different kinds of infrastructural works are underway in Shavshvebi, Khurvaleti and Verkhvebi IDP settlements.  Giorgi Khojevanishvili,-the State Representative of Shida Kartli and Amiran Kristesiashvili,-the State Representative’s Deputy looked round the process and talked with the locals as well.  Arrangement of the irrigation system in Khurvaleti  and wrestling hall in Verkhvebi settlements are underway.  An entertainment small garden for children in Khurvaleti settlement also will start soon. Each project is initiated by the locals and related to their requirements.  ,,We are actively working with related institutions and the municipalities of Kurta, Eredvi and Tighva communities in order to improve their living conditions. Young people and children are living  in these settlements and that’s why we are implementing such projects which will promote the directions of healthy life, sports  and education together with  infrastructure improvement,-‘’said the State Representative.

Road rehabilitation works are planned in Karaleti and Akhalsopeli IDP settlements this year.  Building of a new kindergarten has also been planned nearby the block of houses in Gori, at Kombinati settlement.