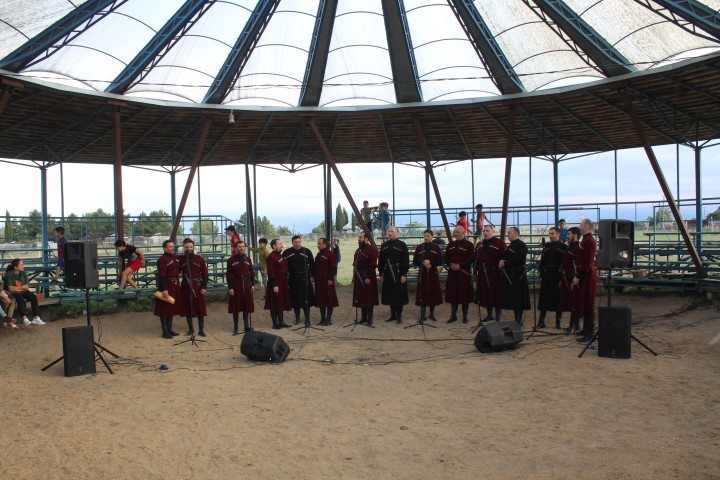 Concerts of Folk Songs State Ensemble ‘’Basiani’’ were held in the village of Dirbi in Kareli Municipality and in the village of Samtavisi in Kaspi Municipality.  Giorgi Khojevanishvili,-the State Representative in Shida Kartli, his deputy,-Nugzar Samkharadze and the representatives of the local government attended the activity together with  the locals. ‘’The villages of regions, particularly those, which are located near the occupation line , are not indulged with cultural-creative events , that’s why the State Representative’s Administration is actively involved in taking initiative of holding different kinds of creative evenings in order the population have a chance to attend these events. Mejvriskhevi hosted the group ‘’Sakhe’’, Dirbi and Samtavisi hosted ‘’Basiani’’ a few weeks ago. Thanks our performers for supporting ‘’,noted Giorgi Khojevanishvili.

The aim of the event is to diversify the cultural life in the villages near the occupation line. It is noteworthy that the performers conduct concerts free of charge.