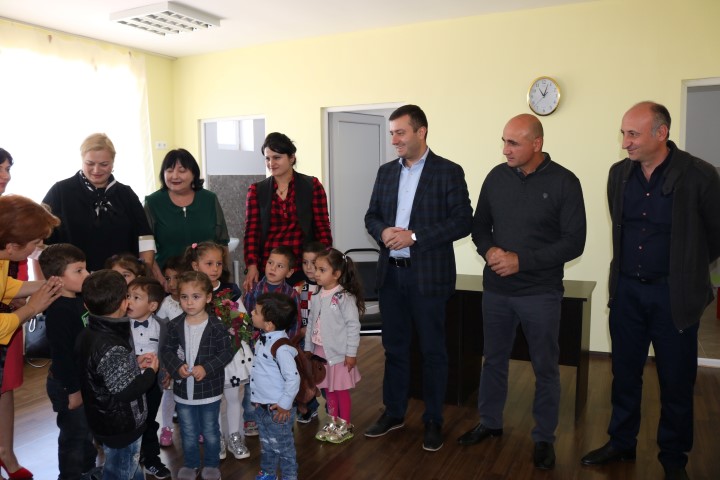 The population living near the occupation line, in the villages of Mereti in the Gori municipality and Samtavisi, in the Kaspi municipality, were carried Free medical examinations.

The locals were conducted consultations by the doctors of different profiles from Chachava, Zhvania-Caraps-Medline, Javrishvili and the National Centre of Tuberculosis and Lung Diseases.
The population was able to access consulting a phthysiologist, ophthalmologist, otto-rhino-laryngologist, urologist, gynecologist, endocrinologist, traumatologist and psychologist, as well as conducting an echoscopic study as needed.
Shida Kartli State Representative, -Giorgi Khojevanishvili and his Deputy,-Nugzar Samkharadze attended the activity of free medical examinations. According to Giorgi Khojevanishvili, free medical examinations are also planned in the future in order the population to have access a high class medical service without going from their villages and free of charge. The population living in nearby villages were also involved in this activity except Mereti and Samtavisi inhabitants.