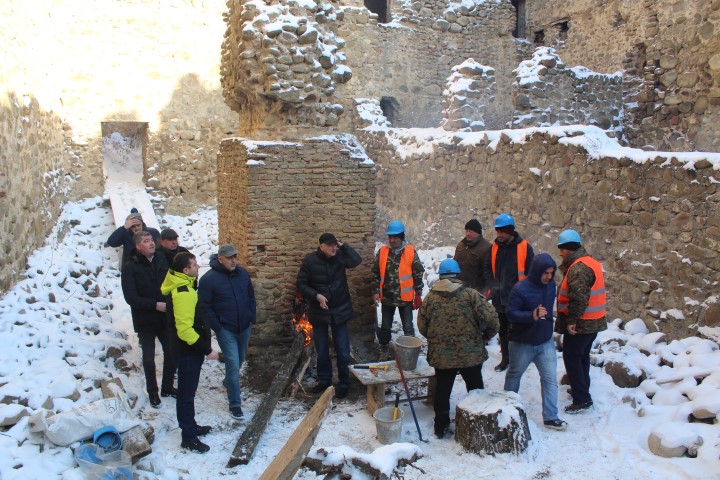 Shida Kartli State representative  Giorgi Khojevanishvili and Director General of the National Agency for Cultural Heritage Preservation Nikoloz Antidze attended the process of cleaning the historic monument.  The project of cleaning Skhvilo Castle  territory involves clearing the land of bio-pavement, landfill and collapsed stones, which has been the result of a multi-year process at the site. The cleaning works will be under archaeological supervision, which will eliminate  the risk of damage of the archaeological layers on the architectural complex and identify  conservation architectural forms revealed during the process. The project will be financed by the Agency and after its completion the rehabilitation project will be prepared. During the clearing of the site, stones will be removed from the structural set up of the fortifications and re-used for wall conservation.

The project of rehabilitation of Skhvilo Castle , in order to load the tourist complex with intense tourist flow, will also consider its infrastructural arrangement in the future.  The local self-government will also be involved in the project implementation during the rehabilitation phase.