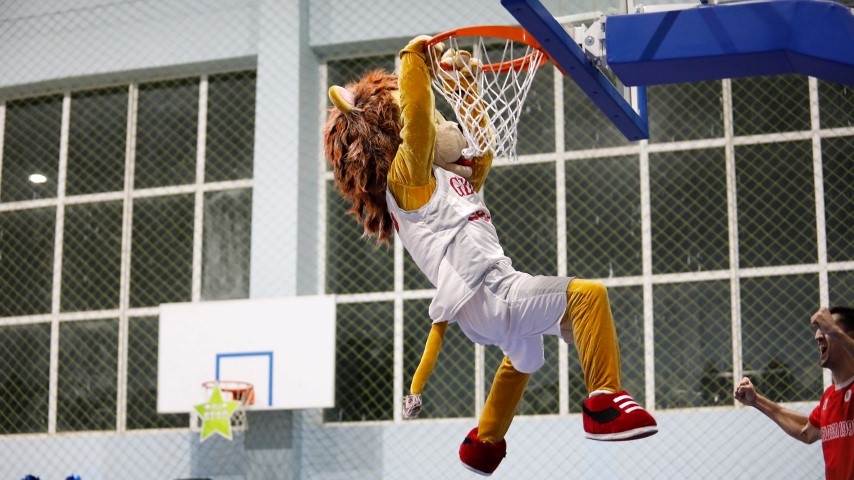 In Shida Kartli region, in Khashuri,  in the newly constructed sports complex, Super League ‘’All-Stars’ ’’ match was held for the first time. The event was organized by the support of The National Basketball Federation of Georgia and The Ministry of Education, Science, Culture and Sport of Georgia and the Regional Administration and Khashuri City Hall.

In the ‘’All-stars’’’ game, teams staffed by  local players and legionaries met. Together with the ‘’All-stars’ ‘’ match, a three-point shootout and effective indie competition were held. The match ended with the victory of the team of Georgian players.

Before the start of the game, athletes and spectators paid tribute to the memory of the tragically died  basketball player Kobe Bryant in a minute's silence.

Shida Kartli State representative, Giorgi Khojevanishvili, President of Basketball Federation,-Paata Guraspauli, the Former Captain of the National Team,-Manuchar Markoishvili  and the representatives of the local self-government attended the match together with the local basketball funs and young sportsmen.

"I am glad that Shida Kartli hosts such a level match as  the ‘’All-Stars’’ match is. This kind of event promotes a healthy lifestyle and involves even more young people in sports," said Giorgi Khojevanishvili.