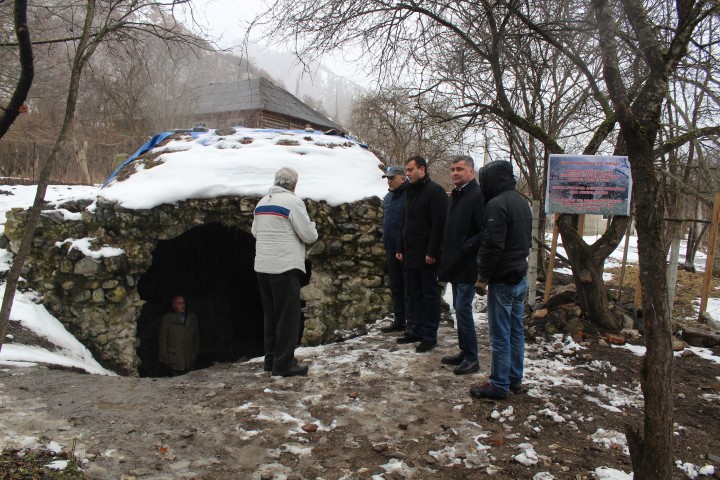 The 17th-century building, built mainly of bricks and sandstone, will be cleared of land mass and rubbish at the first stage.   Under the process of archaeological control, the exterior and interior of the bath will be removed from the scratches that have been produced from the stones.      Stones dropped from the structural pile will be disposed and re-prepared during restoration work.    To remove harmful biofuels, indoor and outdoor areas of the building will be processed  using appropriate chemical reagents. By photographing common landscapes, facades, interior and architectural artifacts, a situational plan of the architectural object will be prepared, which will show the overall and local damage to the building.

Architectural-archaeological measurements  will be reflected in the computer program, which will be the basis for future rehabilitation-architectural project of the monument. The clean-up works will be financed by the Agency, after which the rehabilitation project will be prepared. In order to  exploit the tourism potential of the Ortubani bath, the project will also consider its infrastructure. Shida Kartli regional administrative agencies will also be involved in the project implementation during the rehabilitation phase. Shida Kartli State representative Giorgi Khojevanishvili and Director General of the National Agency for Cultural Heritage Preservation Nikoloz Antidze inspected the process of cleaning works on the spot.

Rehabilitation works of Ortubani Bath will start next year and will be completed by the end of the year.