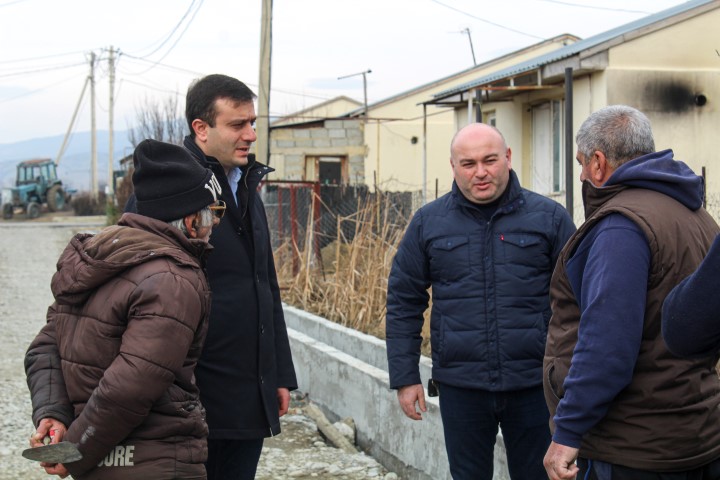 The project is financially supported by the Municipal Development Fund of Georgia and in addition to Khurvaleti, the project is being implemented in 9 more Shida Kartli settlements. In addition to the road infrastructure, the Municipal Development Fund is also working on arrangement of drinking water wells. After completion of the projects, the population will be able to use the proper infrastructure.  A square and a space for children were arranged in the settlement by the Eredvi Municipality. The project was implemented in cooperation with the regional administration due to the request of the population.

‘’Considering the needs of IDPs in project planning is one of our priorities. In particular, the issue of internal roads was particularly acute, the population used to have  problems of moving in bad weather. In addition to the road coverage,  the project includes  arrangement of a drainage system, as a result of which the issue will not bother the locals. In addition, we are actively cooperating with various agencies, implementing joint projects in order to make the results quick and efficient,’’ said the State representative in Shida Kartli.