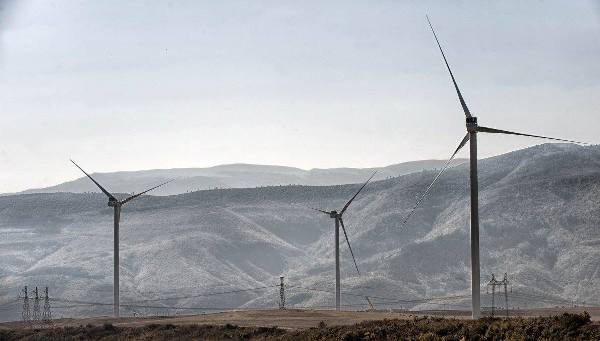 Its installed capacity is 20.7 MW, and generated electricity – 88 Million kW/per hour. The wind power plant consists of 6 turbines with 3.45 MW each.Proceeding from its specifics and characteristics “Qartli Wind Farm” can be named as one of the best stations in the world.JSC “Georgian Energy Development Fund” started work on the above-mentioned project in 2013. In summer of 2013 a meteorological mast for measuring of main parameters of the wind was installed.On the basis of the data obtained from this mast one of the leading companies in the wind industry Norwegian company “Meventus” prepared Wind Resource Assessmentupon order of the Fund. At the same time, several schemes of the layout were prepared from which most optimal six-turbine scheme was chosen.A detailed project was prepared by Belgian consulting company S.A. “Tractebel Engineering”, which is a subsidiary of giant corporation “GDF SuezGroup”. Kartli wind power plant will promote the strategy of the government, which implies development of low-emission processing and satisfaction of the part of the country with wind energy in winter. Familiarization of alternative energy, like wind and sun energy, will give more additional capacity to our energy sector.